The most fundamental part of viniculture is the disbranching of the vineyards, hoeing, trimming, placing sulphur and harvesting.

Cultivators give great emphasis on disbranching and trimming the vineyards, as it affects their productivity. If vineyards are not trimmed then production will be delayed for a long time. Disbranching and trimming is considered more important than enhancing the soil with a kind of fertilizer. Each year, at the beginning of spring, namely in March, the hoeing of the vineyards takes place. Cows and donkeys used to pull the plough and plowed the fields, because the soil had to keep spring rain water. Plough is nowadays easily accomplished with special tractors.

The first bunches appear during April and May. It is the best season when the cultivators trim the edge of the new spears. This process is called “mouttokomma or koutsoullisma”, namely cutting the edges. Thus, the cultivators make the plant grow bunches of grapes twice a year.

Cultivators also provide for the protection of the vineyards from several diseases that could destroy the plants. They place sulphur on the plants twice a year, as soon as the spears start blossoming and the grapes turn black.

When vineyard cultivation is successful, then harvest is in turn. Harvest used to be a family matter as it took a lot of time; people worked from sunrise until sunset. People of all ages cut the grapes with a small knife, known as “tsiakkouin”, and placed them in baskets. The grapes were them transferred into larger baskets (kophinia), placed on donkeys. When these larger baskets were filled, someone led the donkeys to the village and placed the grapes in large jars. Then they returned and this route was repeated several times a day.

Wine producers used to process the grapes on their own. They would blend them in large jars and they would produce wine and zivania.

Harvest today is completely different. Grapes are placed in plastic boxes and are transferred with vehicles to the buildings of wine-industries. Only a few people make their own traditional Dora wine and zivania.

During harvest, some women even today, process grapes so as to make “moustos”-grape juice. Moustos is used to make several traditional treats, such as palouzes, shioushioukos, kiofterka and epsima. 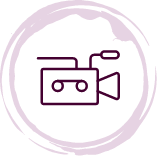 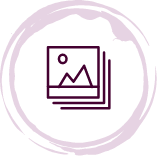 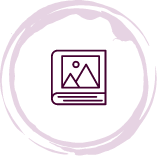